HebCelt started out as a small music festival in the Hebrides with less than 1,000 visitors. HebCelt 2016 celebrates its 21st birthday in 2016 as an international event showcasing roots, Celtic and traditional music. 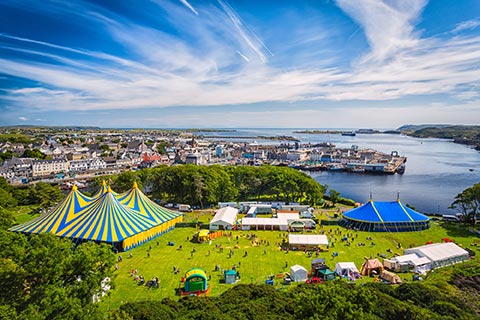 Fans of  Celtic music should put HebCelt 2016 in their diaries. The multi-award winning HebCelt (Hebridean Celtic Festival) is back 13 – 16 July 2016. The location for this music festival is the Scottish Hebridean island of Lewis with its distinctive Gaelic culture and heritage.

The bands and artists are chosen as a celebration of Celtic culture and embraces indie-folk, contemporary traditional, rock and world music. Stornoway’s Lews Castle grounds offers a suitable setting for the event’s main arena with a beautiful grassy area on the edge of the sea. HebCelt also takes place at other venues around the island.

Find out more and buy tickets

Visit the official HebCelt 2016 website to find out all you need to know about HebCelt. If you’re going to the festival, why not make it part of a longer trip and spend a week or two exploring the beautiful Outer Hebrides.